After two years of crisis, the industry is “buzzing” again: the textile industry is ramping up production around the world and is investing in modernizing its plants. The Neuenhauser group of companies also benefits from this. As a driver of innovation in the field of textile automation, the number of incoming orders is at a record level.

Grafschafter Nachrichten, August 11, 2021 by Rolf Masselink The globally networked textile industry is considered hypersensitive. It usually reacts to economic fluctuations earlier and more violently than other areas of the economy. So now too. “The global crisis in the textile industry began before Corona. But from April 2019 onwards, orders worldwide collapsed radically ”, says Lutz Wolf, CEO of the Neuenhauser group of companies. This led to a "blatant drop in orders" for the Neuenhauser Group, which generates around 20 percent of its sales in the textile automation sector. For example, in India - one of the most important export markets for Neuenhauser's textile transport systems until 2018 - the market collapsed completely.

In 2020 Neuenhauser started again with the recovery of the textile industry. "At the moment our incoming orders are going through the roof," says Lutz Wolf. In the first half of 2020, orders with a total volume of around 15 million euros were acquired in the textile automation sector - more than in the entire pre-Corona year 2018.

Richard Borgers, Head of Spinning Mill Automation, attributes that Neuenhauser is benefiting from the global recovery of the industry very early on to the intensive customer support even during the crisis - and to the company's good Corona strategy. “You have to take care of the customers, especially in times of crisis,” says Borgers. Personal contact is crucial. With a comprehensive Corona concept, Neuenhauser enabled his sales professionals to return to customer visits all over the world at an early stage. That is crucial, because "you don't do business worth millions in video conferences or team meetings".

The most important export markets for the Neuenhauser Group's automation systems are currently countries such as Pakistan and Uzbekistan, but also the USA - and Turkey. In Turkey alone, reports Martin Schoolkate, Sales Manager at Neuenhauser-Rosink, 15 sales projects are currently underway. This essentially involves systems for automating the flow of goods in spinning mills. "We are specialists for the complete transport organization in the spinning and weaving mills and supply all systems for the supply and removal of the materials," explains Schoolkate. On-site presence is required to initiate such large-scale projects. "In sales and price negotiations, you can't do without a personal conversation."

Neuenhauser is represented in the USA with a particularly innovative large project: Neuenhauser developed an autonomous, driverless transport system (AGV) for the automated transport of so-called material cans in a large spinning mill. With the help of artificial intelligence and laser-assisted navigation, the electrically powered vehicles independently find their way through the machine world of the spinning mill to the individual spinning machines and back.

With the AGV, which was presented for the first time in 2019 at the trade fair in Barcelona and has since proven its operational readiness in the USA, the Neuenhauser Group has broken new ground. The group of companies is moving from a pure mechanical engineering company to a software developer, following the trend towards the use of artificial intelligence in production and logistics.

Automation in the textile industry is currently being massively promoted worldwide. The aim is to make the processes more cost-effective and, above all, more error-free with increased quality requirements. However, the driving force today is also the increasing labor shortage, even in developing countries such as India and Pakistan.

"We have fallen from one stressful extreme into another," said CEO Wolf. After Neuenhauser endeavored over the past two years to keep the employees in the textile machine production area despite the lack of orders, it is now time to work “at full capacity” again. The construction department in particular is currently in great demand. The large number of orders requires careful production planning, flexible work organization and quite a few overtime. "The entire team is pulling along," says Lutz Wolf. "We are very optimistic again and are urgently looking for designers, but also skilled workers such as welders and metal workers."

The Neuenhauser group of companies was founded in 1955 as a pure mechanical engineering company. Today the group consists of more than 20 individual companies and employs more than 2,800 people worldwide in various areas of mechanical and plant engineering.

The textile industry and automation division specializes in the development and manufacture of individual, economically advantageous machines and systems for the textile industry. It sees itself as the world market leader in the field of textile transport systems and generates around 20 percent of the total group turnover.

This includes the company divisions: 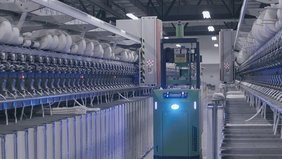 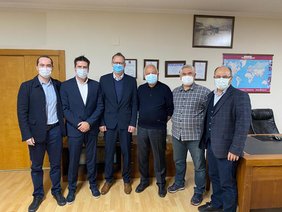